Your not agile if you are just parroting!

The one is for my friend RC, who has gone through life helping more people than anyone can count! 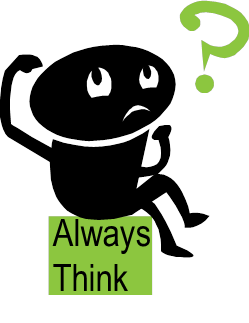 What is the real value of seeing rebroadcasted quotes, day after day, on social media platforms like LinkedIn with nothing original from the sender? I was torn between quoting one of my favorite satirists Menchen and Stanley Baldwin, who so drolly commented, “A platitude is simply a truth repeated till people get tired of hearing it.” I am not as acerbic as Menchen was. But his brilliant, sharp analysis, perception and admittedly sardonic criticism, influenced me since I first read him in grade school.

There really are two issues here. The first is a platitude that is announced as an unassailable gem of wisdom. The second is the constant reverberation of a legitimate saying without any real activity or personal contribution from the broadcaster. This is viewed as sharing wisdom. Unfortunately, in reality, it is just broadcasting noise. You are not really sharing wisdom with anyone.

Anyone can go up to one of the many daily quote sites or go to a site like BrainyQuote and research a quote on a subject. Why do people persist in generating this kind of social media noise? Do they believe they are showing how well read they are? If you notice, seldom is a source such as a book or a speech referenced. Furthermore, a personal interpretation of the quote is rarely made or practical advice on how to apply the wisdom of the platitude. I admit to using quotes, but only as introductions to an original article of my own creation. I do like other posts that simply offer a quote, in order to encourage the poster to continue participate. However, I generally encourage the poster with a comment suggesting they add some original content.

As annoying as a simple unsupported quote is, worse still, is when a platitude is blindly followed even if circumstances has changed. Let me give you an example. A recent simple quote share that I commented on was, “The customer’s perception is your reality.” In some respects this is similar to the quote, “the customer is always right.” While I understand the intent behind each of these statements, neither is true 100% of the time nor is it wise to apply either of these sentiments blindly.

I made two comments on the post. The first was, “I understand the underlying intent of this saying, but it is often untrue. Customers can and often do, operate under erroneous concepts that actually hurt them. Unfortunately, they can also be convinced they are right. A vendor with integrity will seek to educate the customer for their own benefit. In the long run, a healthy, informed customer is a top quality, honest vendors most reliable stream of business.”

The second in response to the poster was, “You do need to understand the customer’s perception of you. But, perception is NOT reality! Sometimes a customer can expect miracles. This is a technique some sales people used to and still do foster. There is nothing so damaging than a customer having unrealistic expectations of you and not having them fulfilled. The new mantra in marketing (and in business operations for that matter) is honesty and ethics. This builds long term, stable relationships with your customer base. Much of this has been driven by the intensive interaction and global effect of social media. Ultimately, it is also the most profitable way to run a company as well since it avoids wild swings in profitability.”

Basically, I was attempting to get everyone to think about the saying rather than just mindlessly repeating it like one of the psychologically programmed phrases from Huxley’sBrave New World such as “A gramme is better than a damn.” Thinking and discussing an idea and constantly questioning an accepted fact is the basis of wisdom. It is also something that is missing in the blogging, posting, sharing, pinning and tweeting world of social media. I hope that everyone will join in a Renaissance of polite exchange and intellectual challenge that social media in one of its ideal uses can support. Instead of going through life as one of Huxley’s mindless gamma’s.

In his life, Brian Lucas has been a coach, farm worker, forester, health care advocate, life guard, general contractor, mechanic, mixologist, musician/singer (in a rock group), salesman and teacher. Brian has worked as a project manager, technical marketer, methodologist, manager, software architect, systems designer, data modeler, business analyst, systems programmer, software developer and creative writer. These efforts include over a hundred hi-tech initiatives in almost every business and industrial sector as well as government and military projects. Among them, he designed and developed a quality assurance system for the first transatlantic fiber optic communications network, a manufacturing system for a large computer manufacture’s seven manufacturing centers, a data mining system for steel production, an instrumentation system for cable systems, defined requirements for government’s information systems and designed and developed human performance management systems. Brian has educated and mentored many over the years, designing programs to discover and develop talent. He has also lectured extensively to a variety of audiences. Brian is currently devoting as much time as possible to the innovation of business agility and human capital management along with the next generation of agile software development. As an amateur theoretical physicist he is working on joining general relativity and quantum mechanics through a multidimensional time corollary on string theory and negating the uncertainty principle with Louis de Broglie’s wave/particle hypothesis. He is also an avid blue-water sailor and wilderness backpacker. He enjoys billiards, boxing, chess, cooking, famous battle reenactments and war gaming, fencing, flying, gardening, horseback riding, martial arts (particularly Ninjutsu), philosophy and psychology, playing musical instruments (7 so far), poker, rapid-fire target shooting, reading (he tries to read a new book every night), painting with oils, scuba diving, skiing and recently writing novels.
View all posts by Brian Lucas →
This entry was posted in Agile in the Enterprise, Agile Thinking and tagged Agile, Agile Adoption, Agile Thinking, Agility, Business Agility, Business Management, C Level, CEO, Employee Satisfaction, Innovation, Keeping Agile, Management Theory, Organization Structure. Bookmark the permalink.

7 Responses to Your not agile if you are just parroting!