This one is for all the entrepreneurs who have the sense and the courage to reinvent the enterprise and build a better future for everyone without exploiting the workforce in amassing undeserved wealth. 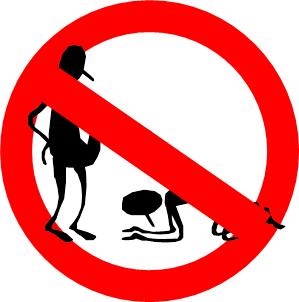 I have a 20 something friend who owns a successful small IT business of about 40 people. The company has no management structure. Legal, H/R and accounting are all very simple and outsourced. Marketing is done through social media and everyone in the company is considered a salesperson. From an operations perspective, a backlog of work is posted to an electronic billboard daily. Any employee is capable of creating new work items including estimates. Estimates must be evaluated by 2 other employees before the task can become live. Employees are paid for estimating. Cost limits are set by the customer.

They also have a fairly sophisticated Kanban that shows work in progress. Employees are not assigned work. Instead, they volunteer to accept the responsibility for completing a particular unit of work. Employees can accept work as long as they have less that 40 hours of work cued in the Kanban. They work strictly in two week intervals and enforce daily video conference status meetings. They are paid for the work they successfully complete. The medical benefits are great, but it is the profit sharing that is interesting. My friend takes 10% of the net profits, the rest is divided equally among all the employees.

My friend has an interesting client interview screening technique. They only work with clients that know their individual businesses very well and can clearly articulate their needs. Recently, my friend began to expand his workforce by using crowd sourcing. The crowd efforts are offered at the base cost of the assignment plus 15% without benefits. These efforts are showing mixed success.

If this sounds crazy to you now, it may seem less so, 10 years in the future. It shouldn’t surprise you, that employee morale in the organization is very high. No one competes with anyone else since there are no promotions. No one really has a boss. My friend says he promotes ideas, not people and good ideas make everyone in the organization money. Those that are not capable of keeping up the pace of the work, don’t get paid and drop out fast. In the same respect, since there is no management that pushes paper around and gets paid an exorbitant salary, there are more dollars to go around.

While this structure might not be prevalent now, it will become more so in the future. To return to the dedication for a moment, I am all for capitalism. But a recent Forbes article states that CEOs of large public corporations are paid an average of 204 times the compensation of rank-and-file workers. That is ridiculous, particularly in the light of the rate of failure that CEOs have shown in the last 20 years. Admittedly, my friend’s type of operations is not for the fainthearted, nor the marginally competent. As my friend would say only the agile need apply!

In his life, Brian Lucas has been a coach, farm worker, forester, health care advocate, life guard, general contractor, mechanic, mixologist, musician/singer (in a rock group), salesman and teacher. Brian has worked as a project manager, technical marketer, methodologist, manager, software architect, systems designer, data modeler, business analyst, systems programmer, software developer and creative writer. These efforts include over a hundred hi-tech initiatives in almost every business and industrial sector as well as government and military projects. Among them, he designed and developed a quality assurance system for the first transatlantic fiber optic communications network, a manufacturing system for a large computer manufacture’s seven manufacturing centers, a data mining system for steel production, an instrumentation system for cable systems, defined requirements for government’s information systems and designed and developed human performance management systems. Brian has educated and mentored many over the years, designing programs to discover and develop talent. He has also lectured extensively to a variety of audiences. Brian is currently devoting as much time as possible to the innovation of business agility and human capital management along with the next generation of agile software development. As an amateur theoretical physicist he is working on joining general relativity and quantum mechanics through a multidimensional time corollary on string theory and negating the uncertainty principle with Louis de Broglie’s wave/particle hypothesis. He is also an avid blue-water sailor and wilderness backpacker. He enjoys billiards, boxing, chess, cooking, famous battle reenactments and war gaming, fencing, flying, gardening, horseback riding, martial arts (particularly Ninjutsu), philosophy and psychology, playing musical instruments (7 so far), poker, rapid-fire target shooting, reading (he tries to read a new book every night), painting with oils, scuba diving, skiing and recently writing novels.
View all posts by Brian Lucas →
This entry was posted in Agile and Strategic Planning, Agile Arguments, Agile for Beginners, Agile for Software Development, Agile in the Enterprise, Agile Thinking and tagged Agile, Agile Adoption, Agile Thinking, Business Agility, Business Management, CEO, Employee Satisfaction, Innovation, Keeping Agile, Management, Management Theory, Organization Structure. Bookmark the permalink.

1 Response to Promote Ideas Not People!